"It Gets Better" — Love, Pixar

The 2nd annual CTNX is being held in Burbank this weekend.  I'll be there, will you?  There will be lots of great panels and demonstrations; I'll be on a panel on Saturday called "Tools of the Trade of a Successful Animator Yesterday Today and Beyond" along with fellow Pixarians Carlos Baena, Aaron Hartline and Michael Makarewicz.  The moderator will be none other than Andreas Deja!  I'll also be hanging out with the AnimationMentor crew; they're hosting a happy hour on Saturday night.  I hope to see some of you there!
Posted by Victor Navone at 10:14 PM 3 comments: 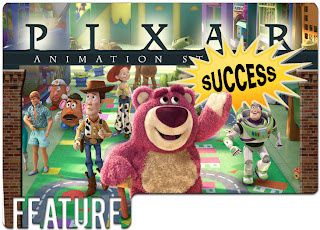 Animation Mentor is hosting an article discussing Toy Story 3 and the work done on it by AM mentors and alumnus.  Included are Aaron Hartline, Matt Strangio and myself.  Enjoy!
Posted by Victor Navone at 9:23 PM No comments:

Here's what I've been working on for the past year or so (and will still be working on until around April).  There are actually quite a few of my shots in this trailer, which I've never had happen before.  Mostly Mater stuff, including his "average intelligence" line and his karate move.

I've already done quite a bit of footage on this show, but now that I'm a Directing Animator and we're heading into crunch, I probably wont be doing too much more.
Posted by Victor Navone at 10:02 AM 2 comments: 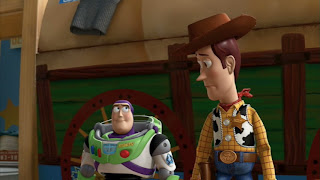 Goodbye Andy - I didn't animate Andy in the first two shots, but I did all the rest.  The animation on Bonnie's parents isn't the greatest, I know.  I was hoping the audience would be focused on Bonnie, because she's what I spent my time on.  I was glad to get to do a lot of Bonnie work on this film; it's satisfying to feel like you had a hand in shaping a new character, and she will always make me think of my own daughters, who inspired her performance.  For the final shot I was given the freedom to figure out how she and Andy would play together, which was fun.  Getting Andy to fall back and raise his legs up like that was a real technical challenge.  Looking at it now the spacing on his legs feels off, but otherwise I'm pretty happy with it.  Note the Totoro toy sitting at the base of the tree.  That felt like the best place to put him.
Posted by Victor Navone at 12:13 AM 8 comments:

This goes to show how important it is to hit those "b" and "f" shapes in your lip-sync animation. Fascinating stuff!