Is it Animation or Performance Capture?

You decide. Either way, it's super cool. I remember doing experimental photography with long exposure times back in college, but the Japanese, of course, have taken it an order of magnitude further.
Posted by Victor Navone at 12:03 PM 12 comments: 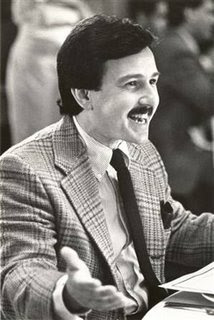 Actor Bruno Kirby, 57, died of leukemia today, and like so many people you don't realize how great they are until they're gone. I always thought of him as just a funny character actor, but looking back I see he's been in some great movies, like "Donnie Brasco", "When Harry Met Sally", and even "The Godfather Part 2", and he's always given a memorable performance.

So why am I posting this here? I was listening to an interview with him recorded back in the 90's and he had some great things to say about his acting process and creating characters which, of course, applies directly to animation. I suggest you listen to it too, but I'll paraphrase some things here. He said you should never play a character for the end result. For example, don't try to make a character funny or sad or frightening. Play the character honestly from his specific point of view, and hopefully this will elicit the desired response in the audience. Every character should believe in what he or she is doing, and should not act "negatively". No one wakes up in the morning and says, "I'm going to do something bad today". Instead they decide to do something that will satisfy their goals, be it love, money, power, celebrity, salvation, etc. He explains it more elegantly than I do, and it's good to keep in mind as you develop an animated performance. I don't know about you, but I'm going to be adding some of his films to my Netflix queue.

Thanks, Bruno.
Posted by Victor Navone at 2:27 PM 1 comment:

What I want for Christmas 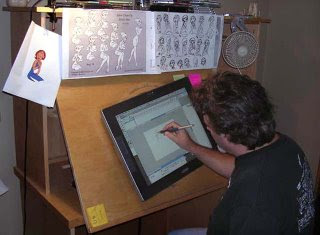 Sorry there haven't been more posts lately. I've been busy with lots of stuff, including preparations for Burning Man.
Posted by Victor Navone at 9:49 PM 4 comments: 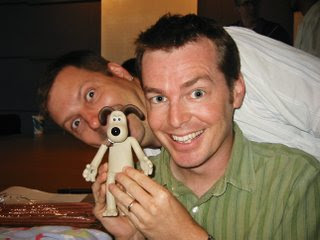 Or to be more precise, I met Aardman animator Merlin Crossingham, who brought along some of the characters from "Wallace and Gromit: Curse of the Were-Rabbit". I was so busy geeking out on all the goodies he brought that I didn't get a picture of him. 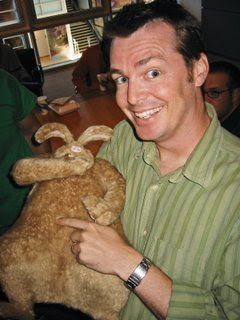 Anyway, it was fascinating to hear him talk about the stop-motion animation process, which I find both intriguing and intimidating. I love the idea of being able to manipulate real models with my hands, but I can't imagine trying to animate a performance straight-ahead, one frame at a time. Much less trying to hide the rigs and not pushing the clay characters off-model. Merlin and his fellow animators have my utmost respect and admiration!
Posted by Victor Navone at 9:17 PM 8 comments: